Nord Stream is an international consortium founded to build a gas pipeline network to transport Russian gas through the Baltic Sea to Western Europe. Gazprom is the largest shareholder in the consortium, followed by the German companies E.ON and BASF. The construction of Nord Stream, the large double gas pipeline between Russia and Germany, faced enormous challenges when it came to engineering and political red tape. Hint’s expertise in control & automation played a decisive role in the certification of the pipeline’s security and the construction of the sampling instrumentation system. It provided the missing documentation and also advised on the installation of the gas analyzers.

“In 2009 it was still relatively unknown what the bottom of the Baltic Sea looked like,” says Hoekstra. “You have to imagine that the sea floor is not flat, but has mountains, valleys, and other obstacles. We had then conceived a route of 1,200 kilometers through relatively uncharted territory; terrain where lots of mines had been laid during World Wars, and the risks of those mines were difficult to assess. And then you also had to consider things like nature and fishing grounds where you can’t simply lay down a pipeline.” Other major engineering issues included landings and the many dredging activities that would need to take place. Still, the mechanics, according to Hoekstra were not the biggest obstacle. “It was mainly a huge challenge to get permits for the project,” he says. “You not only have to deal with obtaining permits from the concerned countries of Germany, the Netherlands, and Russia, but also the countries through whose territory the pipeline goes, like Finland, Sweden, and Denmark. Moreover, in Europe we have the Espoo process, a rule that means neighboring countries in the Baltic States also need to participate in the project and have a say, which means you have to have discussions with authorities in all of those countries.” 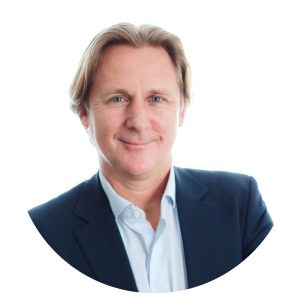 Schedule A Discovery Call With Me

Hint, specialists in control and automation and information technology for the oil and gas industry, played a crucial role in obtaining the certification. Firstly, they were instrumental in the certification of the pipeline’s security. “In gas transport, the difference in pressure is utilized. At the beginning of the route, in Russia, there is a compressor station that brings the gas under high pressure so that it can flow to Germany. This high pressure brings with it risks because the pipe can only handle a limited amount of pressure. Moreover, the temperature of the gas decreases when it is pressurized. Such reduction in temperature has an impact on the mechanical properties of the steel in the pipeline, which is also a risk,” says Hoekstra. In order to overcome this, an electronic security system had to be constructed to ensure that the temperature and pressure could be monitored. However, it proved difficult to get the system certified by Det Norske Veritas. “The point was the technical design was all right, but in many ways, it was not well documented. For certification, of course, that was a problem, because if you can’t demonstrate how you built it you also can’t obtain certification for it.” That’s where Hint came in. “I knew Hint from my time with Shell and knew what they had to offer. Hint’s people are top experts and the company has a number of specialists in the field of safety systems. They studied our system in detail, so we could get around the certification.”

Results
Now that the project has been completed Hint plays a more limited, background role. The Nord Stream organization is now building up its own expertise on its measurement and processing systems. Hint is primarily engaged in the transfer of knowledge about effective documentation, among other things. They will also be involved with Nord Stream again when certifications expire. Moreover, there are plans for a second project involving a third and fourth pipeline. Hint is also likely to perform work for this project. “Preparations to build a third and fourth Nord Stream pipeline are still underway,” says Hoekstra. “It is far too early to get Hint there because we are mainly concerned with the routing and scheduling now, but perhaps later. Hint employs truly, high-level experts and it is fair to say that Hint fulfilled a small, yet very important role. They have been really critical in the certification and the License to Operate.

Less time by remote monitoring of your assets 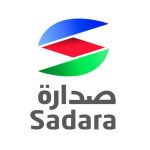 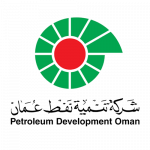